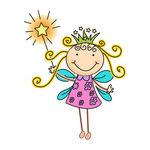 I've been trying to increase my vocabulary by reading Russian jokes

I wouldn't say it's working out fine since I don't get half of what I read but I've noticed that there is a category of jokes about chukchas. Who are they? Do they exist or is it just an invented folk?

Thanks for your answer!!
Top

it's not good, of course, but we call a stupid person chukcha.
Top

Chukchi is a Chukotko–Kamchatkan language spoken by the Chukchi people in the easternmost extremity of Siberia, mainly in Chukotka Autonomous Okrug.

The Chukchi are the largest Native nation (about 15,000) on the Asian side of the North Pacific. At present, they populate a huge area that reaches from Bering Strait to the Kolyma River valley deep in inland Siberia, and extends along both the Arctic and Pacific coasts of northeast Asia. Their name was given to them by Russians, who also bestowed it on the Chukchi Peninsula, Chukchi Sea, Chukchi Autonomous Area, and the Chukchi District, which faces Alaska across Bering Strait.
The Russian name "Chukchi" actually comes from the Chukchi word Chauchu ("rich in reindeer"). Reindeermen use this word to distinguish themselves from coastal folk, who are usually called Anqallyt ("the sea people"). Although an indigenous Siberian people, the Chukchi apparently came to Bering Strait later than the Eskimos. Anthropologists trace their origin to the ancient residents of interior and coastal Siberia, around the northern Okhotsk Sea, that is, about a thousand miles from Bering Strait. Their closest kin are the Koryak people of northern Kamchatka, with whom the Chukchi share similarities in language beliefs, and historical traditions.