how to imitate Russian accent

How do you say in Russian...? What does this Russian word mean? *Please, check a dictionary before posting here
Post Reply
5 posts • Page 1 of 1 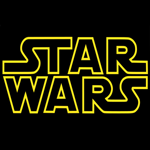 how to imitate Russian accent

I have the following question to you all: can Russian people recognize each other's origin from the accent, I mean, is there anything like "this guy is definitely from the north, he pronounces this and that differently from us". If so, what are the regional differences in the Russian language, and most importantly, which dialect should a student learn?

Yes, there're different accents in different parts of Russia and mostly all people can hear the difference.
You don't have to try imitate any of them since you'll finally get your own or if you'll try to imitate you'll get smh unnatural as a result.
Watch movies and listen to songs with subtitle translation. There's one curios method - listen and read fairy tales for kids. Even google-translate will provide you with adequate translation and you will hear and see how words are spoken clearly out loud as they should be pronounced. And don't mind it's for kids - they also learn how to speak properly =)

thanks for the answer!
Top

I practice to listen the sounds watching videos, movies, interviews, and download music to my smartphone.

I heard a strong pronuciaton to letter "р" in some videos... like "rr" in spanish, but more strong or large. I don't know exactly how to explain it.

There are a singer, Пелагея, who sing beautiful songs, she have a strange pronunciation, sometimes. Hard to repeat for me.
https://youtu.be/atvqhOjzZxw

But Александр Малинин have a beautiful pronunciation, for me, very clear. I can sing with him, in my mind (or sometimes in home, alone, to no disturb the people

I guess it comes down to what is also known as the "rolling R" which is known from languages like German and Russian. And I agree, we can hear some dialectic differences in Russian.

(obv. the "scratching" doesn't apply to native speakers, I just used it to express what it could sound/feel like for people who cannot produce this sound... well...without the scratching)
Top
Post Reply
5 posts • Page 1 of 1